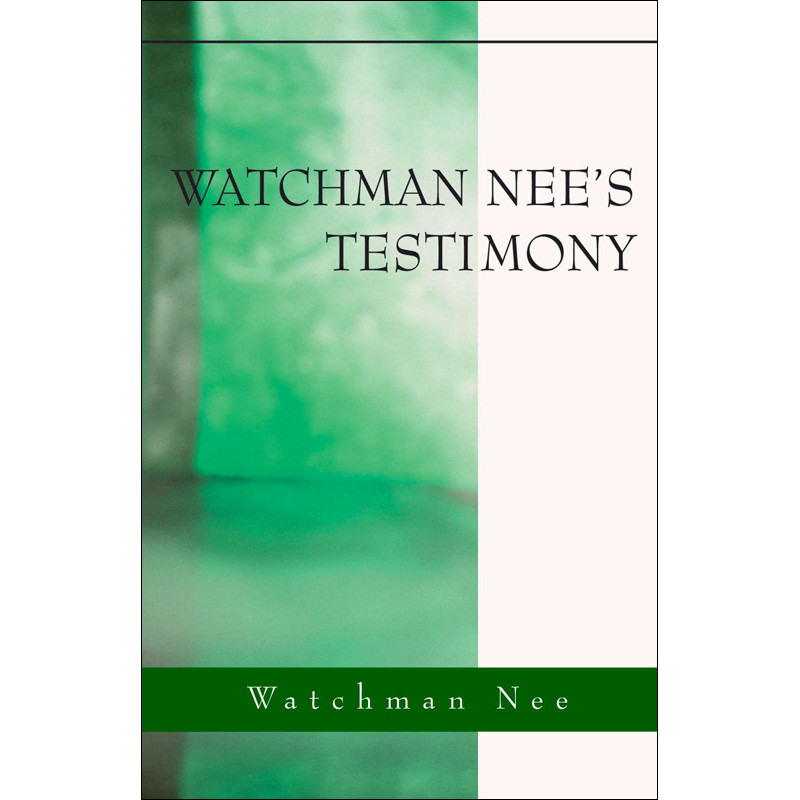 $7.00
These three testimonies were given by brother Watchman Nee in a co-workers’ meeting held at Kulangsu, an island off the southeastern coast of Fukien province, China, in October 1936. As far as I know, this was the only occasion in his life on which he spoke about his personal affairs in detail. Very seldom had he publicly related his own spiritual experience, probably “lest anyone account of me something above what he sees me to be or hears from me” (2 Cor. 12:6). The testimony which Paul gave in chapter twelve of 2 Corinthians was not publicly divulged until fourteen years later. I have often in the past been thinking of publishing these three testimonies, but in order to share his outlook, I have postponed until now. When he died in mainland China on May 30, 1972, I decided to make these testimonies public. I believe this is the right time. I hope that the readers will not pay attention to the person himself, but will pay attention to the work of the Lord in him, and to his willingness in allowing the Lord to perform His work. In this way, the glory of the Lord will be expressed through him.