The kingdom of God is God's general reign from eternity past to eternity future. It comprises eternity without beginning before the foundation of the world, the chosen patriarchs (including the paradise of Adam), the nation of Israel in the Old Testament, the church in the New Testament, the coming millennial kingdom (including its heavenly part, the manifestation of the kingdom of the heavens, and its earthly part, the Messianic kingdom), and the new heaven and new earth with the New Jerusalem in eternity without end. If we are poor in spirit, the kingdom of the heavens is ours: we are in its reality now in the church age, and we will share in its manifestation in the kingdom age.

All of the books in this category present the biblical teaching concerning the reality, the appearance, and the manifestation of the kingdom. The kingdom is a central concept in the Holy Scriptures, and it speaks of the believers' need to live a life under the ruling and reigning of God.

Sort by:
Best sellers Relevance Name, A to Z Name, Z to A Price, low to high Price, high to low
Showing 1-4 of 4 item(s) 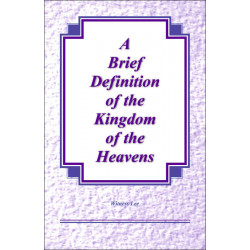 Brief Definition of the Kingdom of the Heavens, A 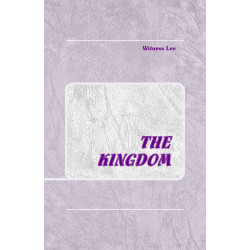 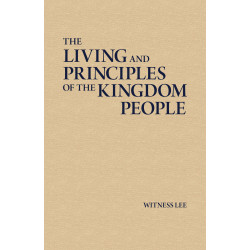 Living and Principles of the Kingdom People, The 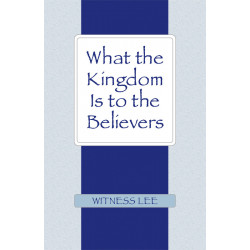 What the Kingdom Is to the Believers